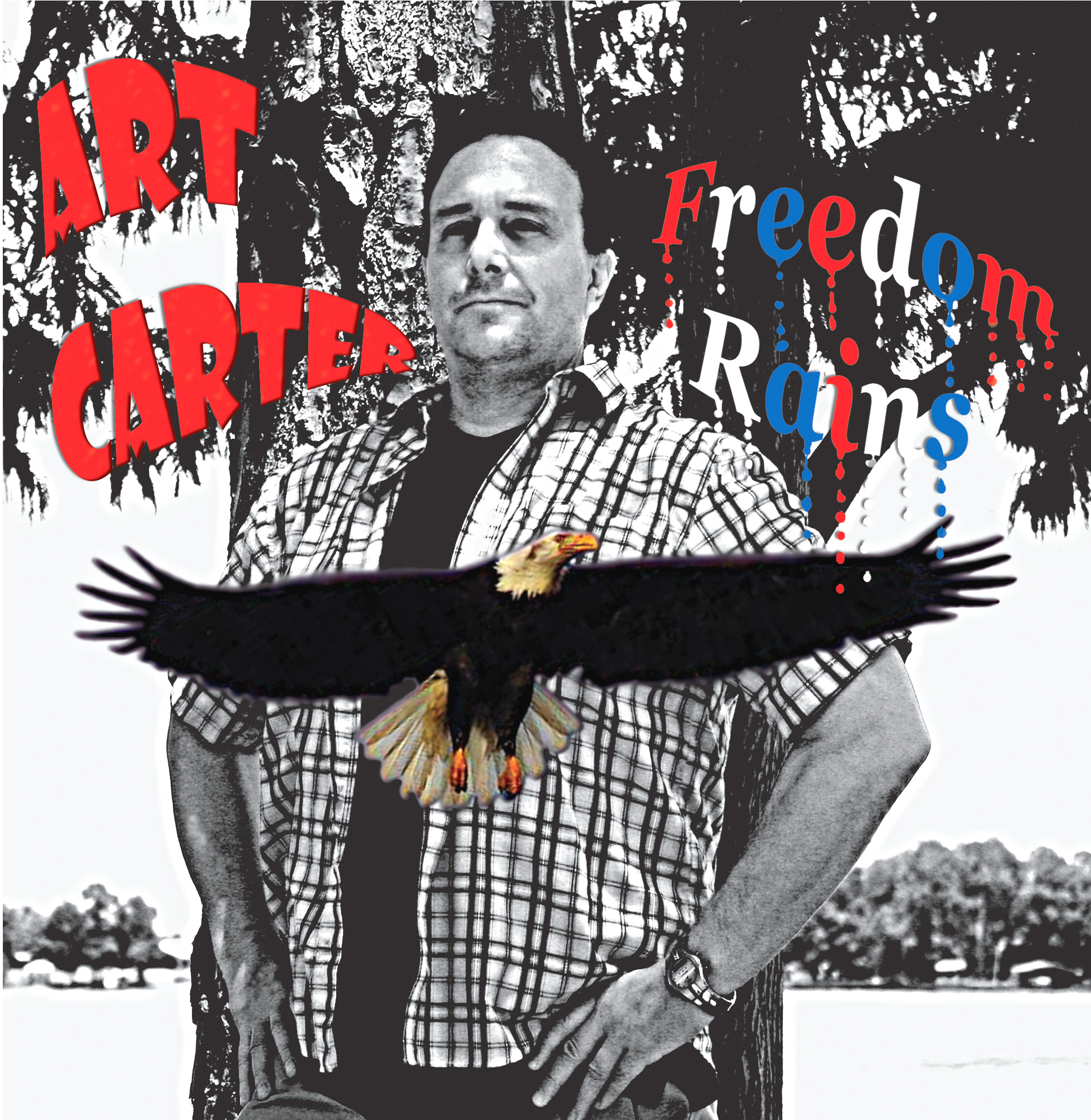 United States Declaration of Independence – “We hold these truths to be self-evident, that all men are created equal, that they are endowed by their Creator with certain unalienable Rights, that among there are Life, Liberty and the pursuit of Happiness.”

God has blessed America, and ultimately all our gifts come from him. So the gift of “Freedom” ultimately comes from God, or “Freedom Rains” from above.

This Album is dedicated to the Men & Women who have sacrificed to preserve “Our Freedom”, many times at the expense of their own lives.

May “God Bless America” and may “Freedom Rain.”

I want to thank Simri Dones, Aris Miranda, & John Ardito from my band “Nothing But Trouble” for helping me lay down a foundation for my songs, Bob Dellaposta for arrangements, Scott Neubert & the Musicians at Studio 19 for a great recording session, Guy Walker for helping me lay down the vocals, and doing an excellent job Mixing & Mastering.

He is a professional songwriter member, Adopt A Shop Pro for NSAI, workshop moderator with the organization for the past 15 years, and current president of The Nashville Publisher’s Network.

Bob has over 1300 songs recorded all over the world. He has a Gold Record in Denmark (Ann Taylor), Platinum Record in Greece (Hi-5). #1 Jazz Album on I-Tunes Canada (Sophie Milman), cuts by Clinton Gregory, Western Flyer, Emerson Drive (12 Gauge), Becky Hobbs and Bobby Vinton to name a few.

His songs have been placed in television and movies including Touchstone’s FELICITY, New Line Cinemas HIGHROLLER-THE STU UNGAR STORY, ABC’s ALL MY CHILDREN ,A&E SONS OF HOLLYWOOD and The BBC’s Singing With The Enemy.

Scott played on on – Jeff Bates “Leave The Light On” CD, and also played dobro on – Gail Davis “Live And Unplugged At The Station Inn” CD. He played acoustic guitar, dobro, mandolin on – “Homeless in America”, a Charity CD by Nashville’s Roots Musicians. Scott played resonator guitar and sang harmony vocals on – Donna Ulisse “Walk This Mountain Down” CD, he played on – Jessee Williams “The Truck Stops Here” CD.

Kyle was the engineer the day of my music recording at Studio 19, on Music Row, in Nashville. He did a great job.

Steve played drums on – Kevin Maines “What I Am” CD, drums & percussion on – “Homeless in America”, a Charity CD by Nashville’s Roots Musicians, and on – Pete Berwick “Ain’t No Train Outta Nashville” CD.

He played on – “Pickin’ On Jimmy Buffett: A Bluegrass Tribute” CD, on – Todd Fritsch “Sawdust” CD. Dennis played keyboard on – Marcus Eldridge “Bring On The Night” CD, and on – Delana Stevens “Welcome To My World” CD.

Bryan played sax on – Melissa Gibson “Welcome To Stay” CD, on – “Best Of Michael Martin Murphey” CD, and on – Rita Coolidge “Thinkin’ About You” CD.

Simri plays Lead Guitar in my band “Art Carter & Nothing But Trouble.”

Born into a 9 sibling (8th) family of musicians and singers, Simri has been playing, singing and performing since he was old enough to scratch a guitar. On holidays and family gatherings, meals were followed with a musical improvisational jam. His large family’s musical interests spanned all genres – Country, Gospel, Rock & Roll, and Jazz, etc. – as such, Simri learned to love and appreciate many different styles of music.

Aris plays Bass in my band “Art Carter & Nothing But Trouble.”

Born and raised into a family of musicians, Aris is a multi instrumentalist who began by playing piano by the age of 7. He picked up on bass, drums and percussion by 10, and that’s when he found his affinity to the bass. He started playing in church, and for over 20 years now has covered many genres; i.e. Jazz, Latin, Gospel, Christian Contemporary, Reggae, Country, Rock N Roll, R&B, etc.